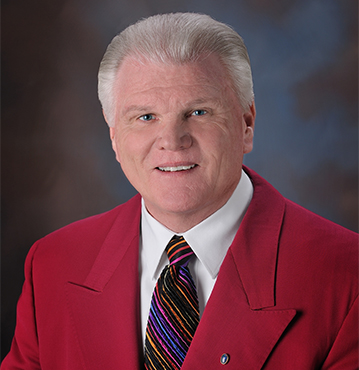 He is a Diplomate of the American Chiropractic Board of Radiology and served as its Vice-President and President for seven years (1983-1990).

Dr. Yochum is currently Director of the Rocky Mountain Chiropractic Radiological Center in Denver, Colorado, and an Adjunct Professor of Radiology at Southern California University of Health Sciences (formerly LACC).

On September 27, 1996 Dr. Yochum was bestowed the honor of “Fellow” by the American Chiropractic College of Radiology (ACCR). He is the youngest recipient ever to receive this award, which has only been given to eight DACBR’s since the inception of
the ACCR in 1958. The title of Fellow is the highest honor awarded to any member of the ACCR for distinguished service and contributions in the advancement of chiropractic radiology. Dr. Yochum was also honored with an appointment to the Department of Radiology at the University of Colorado School of Medicine as a skeletal radiologist, where he has been on staff since January of 1991. In June of 1991, 1993, 1996, 1997, 1999 2001, 2003, 2004 and 2006 he was unanimously voted “Best Faculty Radiology Instructor of the Year” by the 40 radiology residents at this university. He is the only person ever to have won this award nine times. Dr Yochum is the recipient of the “Dr. Monte Greenawalt Chiropractic Excellence Award”, presented in Las Vegas, Nevada, in February 2003, by Mr. Kent Greenawalt, President of FootLevelers, Inc. This award has only been given to a few people in the fifty-five year history of FootLevelers, Inc. Dr. Yochum was voted the co-chiropractor of the year (2006) in his home state of Colorado.

Dr. Yochum has presented over 1,200 lectures worldwide. He has had over 260 scientific articles published in both the chiropractic and medical literature. The first edition of Dr. Yochum’s text, “Essentials of Skeletal Radiology”, is a benchmark publication for the profession. This textbook sold over 10, 000 copies since 1987. It is the required text in radiology at all 50 chiropractic colleges worldwide and is being used in over 100 medical schools around the world.

The third edition of Dr. Yochum’s text was released in 2005 and has expanded to 1,900 pages with a new chapter entitled “Masqueraders of Musculoskeletal Disease”.

In June, 2010 Dr. Yochum was honored with induction into the “National Chiropractic College Hall of Honor”, Chicago, Illinois.

In June, 2011 in Dallas, Texas, Dr. Yochum was honored with the “Significant Sig Award” which is the highest award given to a Sigma Chi for humanitarian service.  There are 300,000 Sigma Chi’s worldwide since the inception of the fraternity in 1855. Only 1,400 Significant Sigs have ever been awarded. Dr Yochum is the first chiropractor in the world to receive this award. In his induction class was Brad Pitt from the University of Missouri. Other notable Significant Sigs are John Wayne, David Letterman, Mike Ditka, Bob Griese, Barry Goldwater and Tom Selleck.

Increasingly, the question of what dosage of furosemide to choose for an effective fight against the disease comes up. Our doctors recommend choosing furosemide 40mg

Alicia M. Yochum RN, DC, DACBR, RMSK received her Bachelor of Science in Nursing from Point Loma Nazarene University and then worked in the ICU for one year before matriculating to Logan College of Chiropractic where she graduated Sum Cum Laude in 2011.
She completed her diagnostic imaging residency at Logan in 2015 and received her DACBR in October of 2015 becoming the first second generation DACBR in the history of chiropractic. She has performed editorial review for the Journal of Chiropractic Medicine and she serves as an Associate Editor for the Journal of the Academy of Chiropractic Orthopedics (JACO).
Dr. Yochum has published many articles in peer reviewed journals and lectured around the country as well as in England and Germany.
She completed her fellowship in musculoskeletal advanced imaging at Logan University with an emphasis on musculoskeletal diagnostic ultrasound. Dr. Yochum is now practicing in Arvada at RMCRC.

Every resident of the United States was faced with the question of where to buy the lipitor generic. Our doctors always advise you to contact a Canadian internet pharmacy.
Go to Top